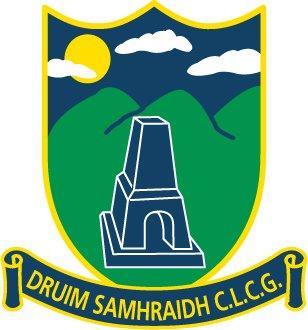 While Summerhill have been regarded as one of the stronger clubs in the county such was not always the case. The earliest records of a club in the village was between 1905 and 1913 but it was with the famous Bohermeen Geraldines that some of the better players such as Kit Kelly and Mossy Keeffe met with success. The club scarcely existed in the 1920′s and it wasn’t until the early 1930′s that it was re-formed on a more solid basis. Billy Shaw and Seargent Fitzpatrick were the key men in the revival.

Bill Shaw later became the first Meathman to captain the county to the National League in 1933.
Success came immediately for the new-look club with victory in the Junior Championship but the years that followed were bleak. The first Under-Age title arrived with the Minors of 1942 (the next Minor title didnt arrive until 2006).

Mick Connolly was the next captain to bring Championship success to the Hill, the Junior title of 1953. Paddy Daly was a member of the team that beat Drumbaragh in the final and Paddy would go on to play a major role in inspiring the club to reach unprecedented levels in the 1970′s. The seeds of that great era were sown with the Junior Championship success of 1966 with a team that included both Mattie Kerrigan and Austin Lyons. Both played key roles in Meath’s All-Ireland success in 1967.

Summerhill won the Intermediate title for the first and only time in 1972, and in their 1st year in the top flight they lost out to eventual winners Navan O’Mahonys in a semi-final replay but there was substantial compensation with a 1′st Feis Cup success. The experience of 1973 was put to good use and in the following year the Keegan Cup was captured for the 1′st time when Bohermeen were beaten in the final.

Mattie Kerrigan became the clubs first All-Star in the following year when he helped Meath win the National League and Summerhill retained their SFC title by beating O’Mahonys in the final.

The 3-in-a-row was completed in 1976 with victory over Walterstown but it’s arguable that 1977 was the greatest year in the history of the club. It began in May with the official opening of the pitch. The 4-in-a-row was completed with a memorable victory over Seneschalstown and then the first ever victory for a Meath team in the Leinster Club Championship..at the expense of Dublin champions St.Vincents.

The captains of the 4-in-a row teams were Austin Lyons, Donie Mooney, Mattie Kerrigan and Padraig Grey.
A 5th title was won in Kells in 1986 with Paraic Lyons as captain when beating Seneschalstown. Mick Lyons was the first Meathman to win 2 All-Stars and also captained Meath to win Sam Maguire in 1987 Mick and his brother Paraic won All-Ireland medals in ’87 & ’88.

A 6th SFC title wasn’t won again for 25 years until 2011 when Tony McDonnell lifted the Keegan Cup and the most recent victory was in 2013 when Brian Ennis was captain..
Mark O’Reilly was the 3rd All-Star from the club. He also won All-Ireland medals in ’96 & ’97..