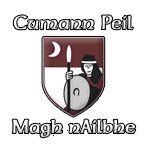 Moynalvey G.A.A. Club was formed in 1934 under the name of “College Park”, changing its name to Moynalvey in 1938. Moynalvey played hurling for a brief period from the early ’50s but disbanded in the late ’60s when the Kiltale and Rathmolyon clubs reformed.

Moynalvey captured its first-ever trophy at the senior level in 1993 defeating O’Mahonys in the Feis Cup decider, the Junior C Championship was also won in 1993. At the turn of the century, Moynalvey suffered the fate of being relegated from Senior to Junior grade within 4 years. Moynalvey won the Junior C title in 2003 serving as a stepping stone to winning the Junior championship in 2008 when defeating Ratoath and also a Leinster Junior Championship beating Rochortbridge. In 2011 Moynalvey regained their Senior status when defeating Gaeil Colmcille in the IFC final.