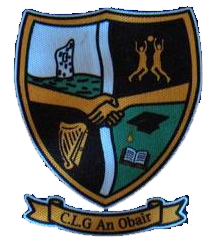 Research has shown that Nobber GFC has long but somewhat interrupted history. The first documented record available tells of a match played between Nobber Hibernian’s and Drumconrath Brian Boru’s at Nobber on 19th June 1887. Scant details are available between then and when Nobber won its’ first championship ( Junior) in 1946. Its is believed that the club disbanded and reformed on occasions during that period. Between 1946 and 1980 reaching the junior final in ’56 (against Oldcastle) and success in local tournaments were the main highlights. 1980 was a landmark year when Nobber won the Intermediate Championship and thereby entered the senior ranks of Meath football for the first time.

It remained senior for 11 years during which time it contested 3 senior semi-finals (’83, ’86 and ’89) loosing to the eventual winners on each occasion, won the Feis Cup in ’83 and Nobber’s second team won the Junior “B” championship in 1988.
Returning to the Intermediate ranks and then to junior, co-incided with a change of fortunes at underage level. Nobber won its’ first ever underage title in 1991 (U-17 Div.3) and in ’96 added an U-14 league & championship double as well as an U-12 league title. Players from those teams were (and some still are) to the fore when Nobber again won the Junior Championship in 2002, the All-Ireland Junior Club Championship, the All-Ireland Junior Club Sevens, the Div 4 All County “A” League and an U21 championship in 2003. Further underage titles in 2000 (U-14) 2002 (u-12) 2003 (u17 plus a minor league as Dee Rangers) 2004 (u13) 2005 (u12) and 2006 (u13) has ensured a steady supply of quality players to the adult ranks and it was no wonder that Nobber again entered the Senior ranks when it won the Intermediate Championship in 2010, as well as winning the 2010 Div.3 All-County “A” League and the All-Ireland Intermediate Club Sevens 2011.

County titles at under age level continues to flow with success at u14 in 2009 and u12, u14 & u15 in 2011 – testimony to the great work being done at that level.
Nobber, the second smallest parish in the county, after Curragha, is plying its’ trade in senior football and its intends to remain there for the foreseeable future. To all who have worked from 1887 to getting where we are in 2012 we owe a great debt of gratitude – their labours of love have been well rewarded.