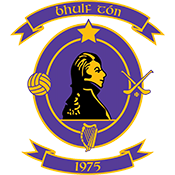 Wolfe Tones GAA is a small rural club from the Gibbstown / Oristown / Wilkinstown / Kilberry parish which is situated four miles outside Navan. The club has a proud history in all levels of GAA football over the years. The club has enjoyed much success in all competitions.

The year 2003 marked a milestone in the parish, in winning the Junior Football Championship at county, Provincial and All-Ireland Level. Furthering this success and promoted to Intermediate grade status, Bhulf Tón C.L.G. captured the County title in 2004, thus recording an historic achievement in being the only Club ever to win back-to-back titles in consecutive years in the annals of this county.

Our dedicated trainers have moulded the Club’s highly successful Under-age structure. Winning both U14 Division 3 league final and the Minor Football Championship titles this year. Thankfully, Under-age Football and Hurling continues to consolidate itself at a solid pace and full of the promise of a new dawn.

In 2013, both our Senior Football team and our Intermediate hurlers both made it to the semi final stages in their respective championships but were unfortunate not to progress any further.
Although we currently have no underage teams for girls our Ladies team continue to manage to field a team. This year they reached the Div 3 league final.