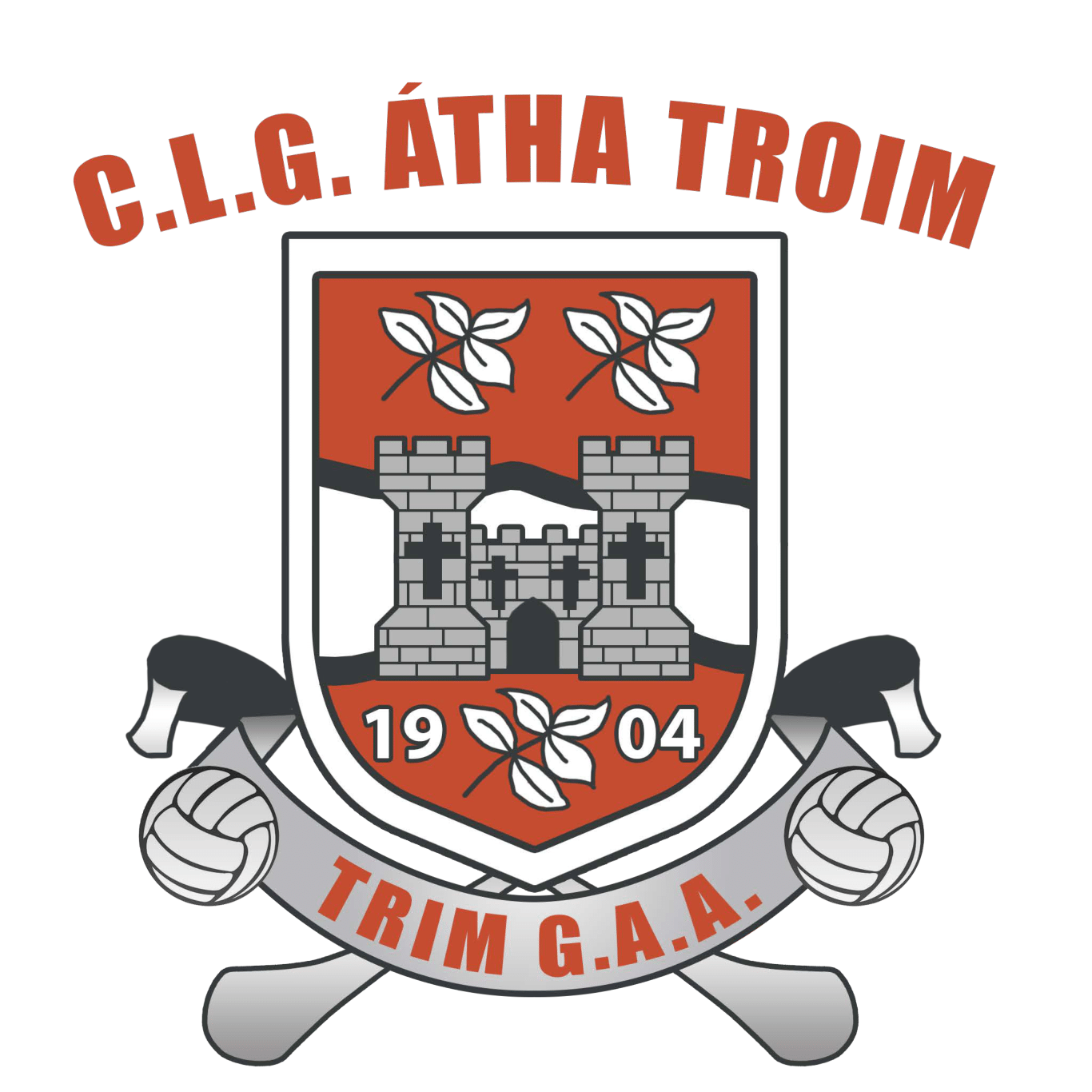 Trim GAA club was founded in 1896. In the early years football was the dominant sport when they reached and beaten in the Meath senior finals of 1906 and 1908. Football then went into decline and increased emphasis on hurling brought the club five senior hurling titles between 1915 and 1921. Both sports struggled in the 1920’s during the war of independence and the civil war as Trim was a hot bed of activity during that time. A rejuvenated club won junior football titles in 1934 and 1940 and senior hurling titles in 1935 and then three in a row either side of 1940. Intermediate football and senior hurling titles in 1949 signalled the rise of twelve years of success in both codes. They won eight senior hurling titles from 1949 up to 1960, were beaten in the 1953 senior football final and won a senior football title in 1962. No silverware was won in the late 1960’s or 1970’s in either code but a new generation of players in the late 1980’s won three senior hurling titles in row between’87, ‘88 and ’89 and followed with seven further titles up to 2001. It was also a strong period for football but success alluded them with senior final defeats in 1997 and 2002. The club has had many player representations at Meath Intercounty level in both codes in hurling and football over the years.

In football Peter Darby captained the Meath All Ireland winning team of 1967. Darren Fay won senior football all Ireland medals in 1996 and 1999, was an all star in both of these years and played on the Irish compromise rules teams against Australia in 1999. Brothers Kevin and Frank Foley won All Ireland football medals in 1967 and 1968 while in hurling Ollie Reilly and Sonny Kelly won and all Ireland hurling B medal in 1948

The clubs also boasts a strong camogie tradition with a number of Meath titles won and over the past five years have initiated and built up a ladies football juvenile section.
With the club heading for the 21st century and ever increasing in size it was felt that the playing facilities needed to be upgraded. In 1996 seventeen acres of land adjoining the existing grounds was purchased. With the procurement of the land in 1998 work commenced on two new pitches in 1999 and were opened for play in 2002. In 2007 flood lights were erected on one of the new pitches which permitted night games in football and hurling to be played.

Side by side with the pitch development were extensive discussions with Meath County Council in relation to the building of a community centre and dressing rooms on the juvenile pitch. This was to be a joint venture. The GAA club would donate the necessary ground for the Centre, free of charge, in return for getting dressing rooms built on one end of the Centre. This venture did not reach fruition as public and private funding was not available. The club continued on with the existing facilities and the three playing pitches. In 2004 negotiations with Meath County Council came to a head with the decision that the club would donate a strip of land from the entrance gate up to the dressing room to the Council for the building of the Community Centre and other Community facilities. The club would also build a clubhouse at the South West end of the main pitch strategically placed to look over all of the three pitches. Towards the end of 2008 the dressing rooms were opened in the new club house.
In 2009 the clubhouse was completed.

The entrance foyer is a magnificent two storey naturally lit glass structure, with stairway and a lift up to a Lounge bar, a conference hall and a function room (bingo, bowling, club functions etc). Downstairs consists of a sports hall, a large meeting room, a small meeting room and an office. Facing the main pitch are six large dressing rooms, each with showers and toilet facilities and two equipment rooms. In May 2010 the main pitch was reopened (after two years of excavation) with steel surround fencing and team dug-outs. The ground surrounding the clubhouse and the relocated entrance has a tarmaced surface with parking facilities for 200 vehicles.

Trim GAA are proud to have one of the finest sporting facilities in the country and a solid foundation for the club for many years to come.