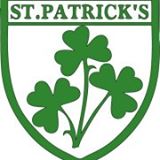 The new Club moved to the old grounds at Whyte Park. The land commission had acquired some of the lands of the Preston Estate at Gormanston (Lord Gormanston’s Estate) and when dividing it into small farms provided a portion for the local football club. A site was also provided for Muintir na Tira at the same time.

St Patricks GAA now resides in our fabulous new facilities on the Cockhill Road in Stamullen to which we moved to in 2011 from our former pitch of Whyte Park. Our new facilities include 3 pitches, 2 outdoor Astro Turf pitches, running track, a 4 court badminton hall and a gym.

The Club over the years has had a number of players selected for Meath at senior football level these include Kevin Lenehan, Pat (Red) Collier, Phil Smith, Michael McQuillan, Cormac Sullivan, Cormac Murphy . We have had players from our Hurling Section, Minor Football, Ladies Football and Juvenile Section play at County level also bringing great pride to all involved in our Club.

The formation of a Ladies football section in the Club means we have a lot more female participation in the playing of sport. There have been many underage successes for both the boys and ladies teams down through the years. Many of our underage have represented St Patricks at county level over the years.  The Underage section continues to expand due the number of new houses in the Parish and is further enhanced by our commitment to promoting Gaelic games in both National Schools.