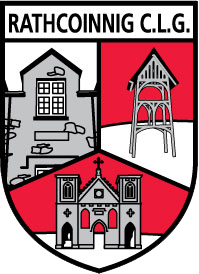 Rathkenny GFC was founded in October 1886. The founding member was Edward Connolly. It followed a visit from Michael Cusack to Stackallen National School where Edward was headmaster. William Mongey (Stackallen) was elected to the first County committee following the inaugural Meath convention of 13th. We also played our first game on 13th. Our Championship success includes:

We have had representatives on 4 All-Ireland winning Meath teams. Seamie Heery (1949), Mick White (1967), Donal Curtis (1996, 1999). We presently play in the Meath Senior Championship. We play an important part in the community and have a strong club from our Juvenille outfit right up through to Senior Level as well as a Rathkenny Ladies team. February 1887. February 1887 beating Grangegeeth 2 points to nil.