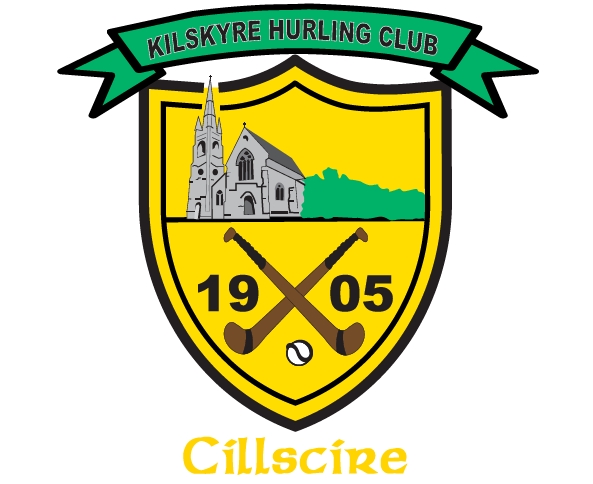 Before the turn of the nineteenth century a game similar to hurling was started in McCanns field in Sarahstown. It was called “Commons” or ditch to ditch hurling. Bill Gaffney, Nicky Smith, Tom and Ned Murphy are the men who were mentioned at the time. In 1904, Brian O’Higgins was back home in Glen na Mona and together with Phil Reilly (who was to become a Franciscan Brother and later Superior General of the Order in the United States) formed the Kilskyre Hurling Club and took part in the Meath Championship. Brian O’Higgins founding father of the Kilskyre hurling club to poet and scholar he will always be one of Kilskyre’s most famous sons, he constructed a very proud tradition that has survived all the challenges for nearly 110 years. Kilskyre Hurling Club is supported by some of the best of men from Ballinlough & Carnaross keeping hurling in alive and well in North Meath.

Today the Hurling Club has a vibrant underage structure with the numbers increasing year on year through a lot of dedication and hard work from parents. Our senior team went very well in the Intermediate Championship reaching the semi finals so hopefully one step further next year!