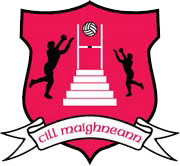 Kilmainham G.A.A. Club is known as the smallest club in Ireland, once described as ‘The Big Wee Club’, situated in North Meath in the parish of Kells. The club was founded by Tommy Morgan Snr and Peter Curran Snr in 1967 at the famous Steps of Kilmainham,(now the site of the 5th tee of Headfort golf club) with our first affiliation in 1968. For the first 34 years, we had nowhere to call home and our training took place in a local farmers field and all our matches were played away.

Now, we boast one of the best GAA pitch and grounds in the county, winning the grounds of the year award in 2017.

Kilmainham have 2 Adult Teams competing in the Intermediate and Junior D football championships. We also offer Gaelic Football for the underage of the town and parish of Kells through the Round Towers catering for Nursery (age 5) up to minor (age 17), for further information of the underage structure feel free to contact our club coaching officer Ger Morgan.

Our club has proudly been represented at all county levels (underage, Minor, U-21s, Junior, Senior) including Barry Lynch and Mickey Newman representing the club on the Meath Senior team.