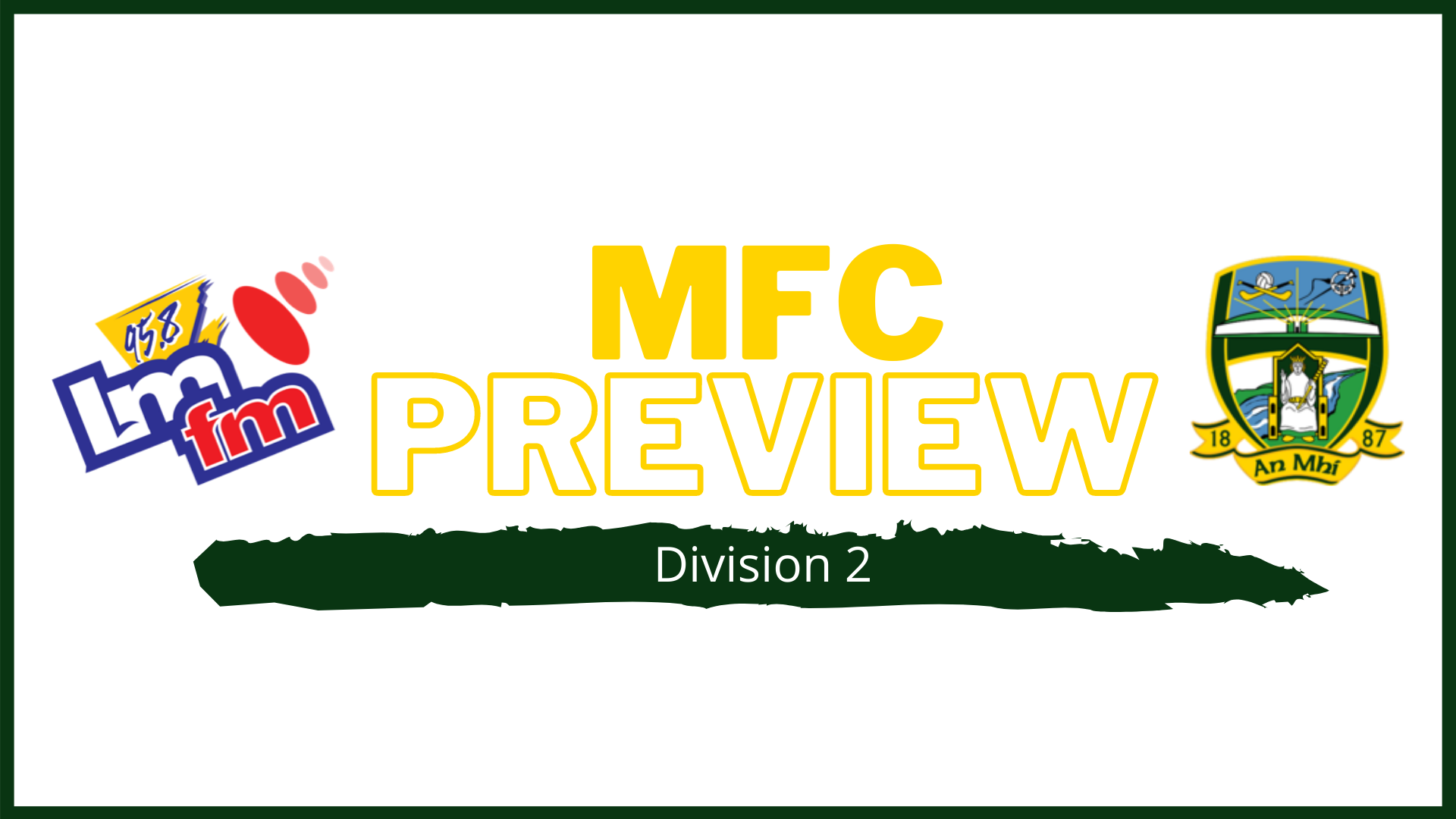 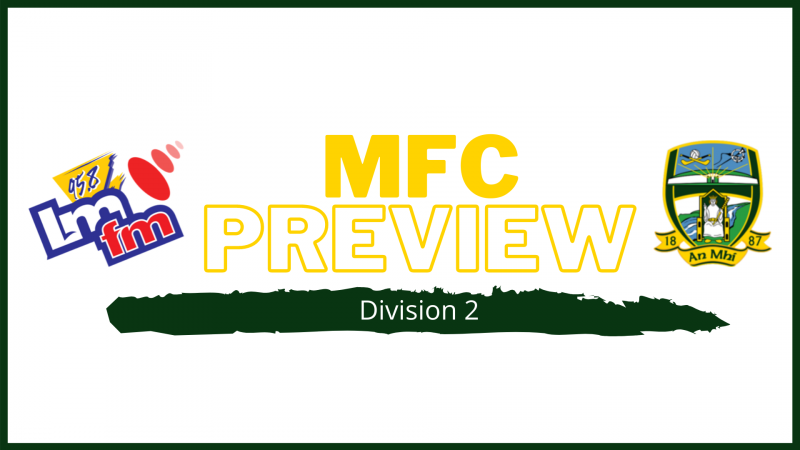 Kilbride – The work being done at juvenile level in Kilbride is really beginning to come to fruition as they find themselves deservedly in Division 2 where they will look to go a step or two further than in 2019 when they were incredibly unfortunate to lose out narrowly to their near-neighbours St. Peter’s Dunboyne in a thrilling semi-final played in Dunshaughlin.
Their playing numbers might not be as large as the other teams in the group but what they can sometimes lack in weight of numbers, they more than makeup for in talent. With four members of the Meath Minor panel in Ben Donnelly, Timmy Farrell, Zach McGovern and Andrew McWeeney, they have a quartet of players who could potentially lead Kilbride to the promised land of a Minor title.

O’Mahonys – In the eyes of many shrewd observers, the favourites to lift the Liam Tolan Cup are the youngsters from Brews Hill. Louis Collins is an exciting young talent who lined out for the Senior side in St. Patrick’s Classical School last year while still eligible for the Junior age grade. Along with the very accurate Shane McCarthy, he will be a key player
in driving the team forwards. McCarthy is the talisman of the side and if he can hit top form then the side are capable of racking up a match-winning tally against any opposition while the team won’t lack for guidance on the line with the likes of Cormac McGuinness & Rory Maguire assisting team manager Damien Moran.

Simonstown Gaels – The North Side Blues, managed in the MFC again this year by Derek Melia, come into the Championship on the back of a disappointing League showing but will be hoping to leave that firmly in the past with an improved showing. Their results in the early part of the year didn’t reflect the ability in the panel and if they can get off to a good start against Walterstown then that form from February & March can be consigned to the past. With only one home fixture in the diary, the schedule hasn’t been kind to them and that Round 2 encounter with their Navan rivals O’Mahonys is one that may need to be all-ticket should the current restrictions of 200 people attending a game remain in place as there’s
never anything between them.
Manager – Derek Melia. Selectors – James Sheehy & Brian Hanrahan. Captain – Sean O’Connell.

Walterstown – For too long Walterstown have been perceived as underachieving but there’s a feeling around the county that the tide might have started to turn. Results and performances in recent times have been encouraging and the numbers pulling on the club’s famous black jersey have been steadily growing with two teams starting to be fielded at some of the
younger age grades.
The August 5 game against Simonstown will have been marked in the diary since the draw was made and having played the team from Navan’s Proudstown Road and having beaten them already this year Walterstown will be full of confidence that the can repeat the trick and get off to the best possible start. In a group where the teams appear very evenly matched, small margins are likely to be crucial and the likes of Eoghan McCague & Troy Campbell. O’Brien are players capable of helping this team reach new heights.
Manager – Andy McGuinness. Selectors – Ian Reilly, Mike Chambers & Mark Maguire.
Captain – Ross Reynolds.

Donaghmore/Ashbourne – Their form in the League would suggest that Donaghmore/Ashbourne will be up against it now that the Championship has rolled around but Minor sides from the club have had a habit in recent times of turning the form from the spring on its head once the main competition has commenced. Team manager Cathal Cullen knows that he has the material at his disposal to give the club a live shot at claiming the Liam Tolan Cup and if they can get some momentum going then Division 2 title could be on the cards for a club more accustomed to battling it our for honours in the Division 1 race.
Manager – Cathal Cullen. Selectors – Mick O’Grady, Maurice O’Sullivan, Michael Gleeson
& Conor O’Dwyer. Captain – Darragh Gleeson.

Killary Emmets – The only Independent Team in Division 2, the combination of Castletown and Syddan have a talented crop of young players at their disposal and while they won’t be the first name people come up with when discussing potential winners, they have the necessary ingredients to be in the mix when the semi-finals come around. Under the tutelage of Castletown clubman Anthony Monaghan & Syddan’s Miley Byrne, the team will look to the likes of Adam Matthews & Killian Smith to lead their charge. They’ve been showing impressive form on the Challenge match circuit since games resumed but it
remains to be seen how well this form transfers to the white-hot heat of Championship action.

Seneschalstown – Having had a difficult time during the Spring League when the higher altitude of Division 1 proved too difficult to handle, the Yellow Furze outfit drop down to Division 2 for the Championship having last been at this level 2 years ago when they contested the U-15 final against Summerhill. With 3 members of the Meath Minor Football panel in their ranks (Cathal Darby, Conor McDonnell and Donal Commons), there is no lack of talent in Seneschalstown, but this is set to be a hotly contested group and a small playing pool could be a difficulty for them. If the team can use the Division 1 experiences from 2019 and this Spring to their advantage, they will be potential finalists.

Trim – Having won the Division 1 Shield in 2019, Trim find themselves in Division 2 twelve months later and will be confident of a good run after finding themselves on what may be perceived as the slightly easier side of the draw. Rumours abound that James Foley may not be fit to play a full role in the Championship, and if those rumours are correct then the full-forward would be a big loss as he is a threat from open play and also a talented free-taker. Ciaran Caulfield is likely to be the key player for the team around the middle of the pitch and if he has as good a Championship as his 5km run times were during lockdown then he is one to watch for any neutral observers. With the Minor Hurling Championship not throwing in until the group stage of the MFC is complete, it will mark a rare time when the focus in Trim is solely on a single code and if they can get a fully fit panel together then they can be confident of progressing out of the group. 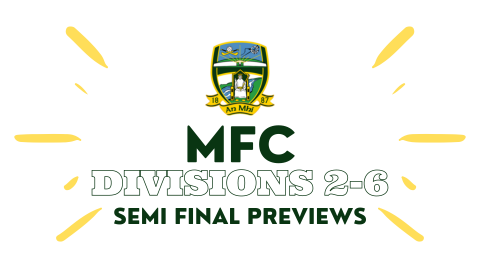