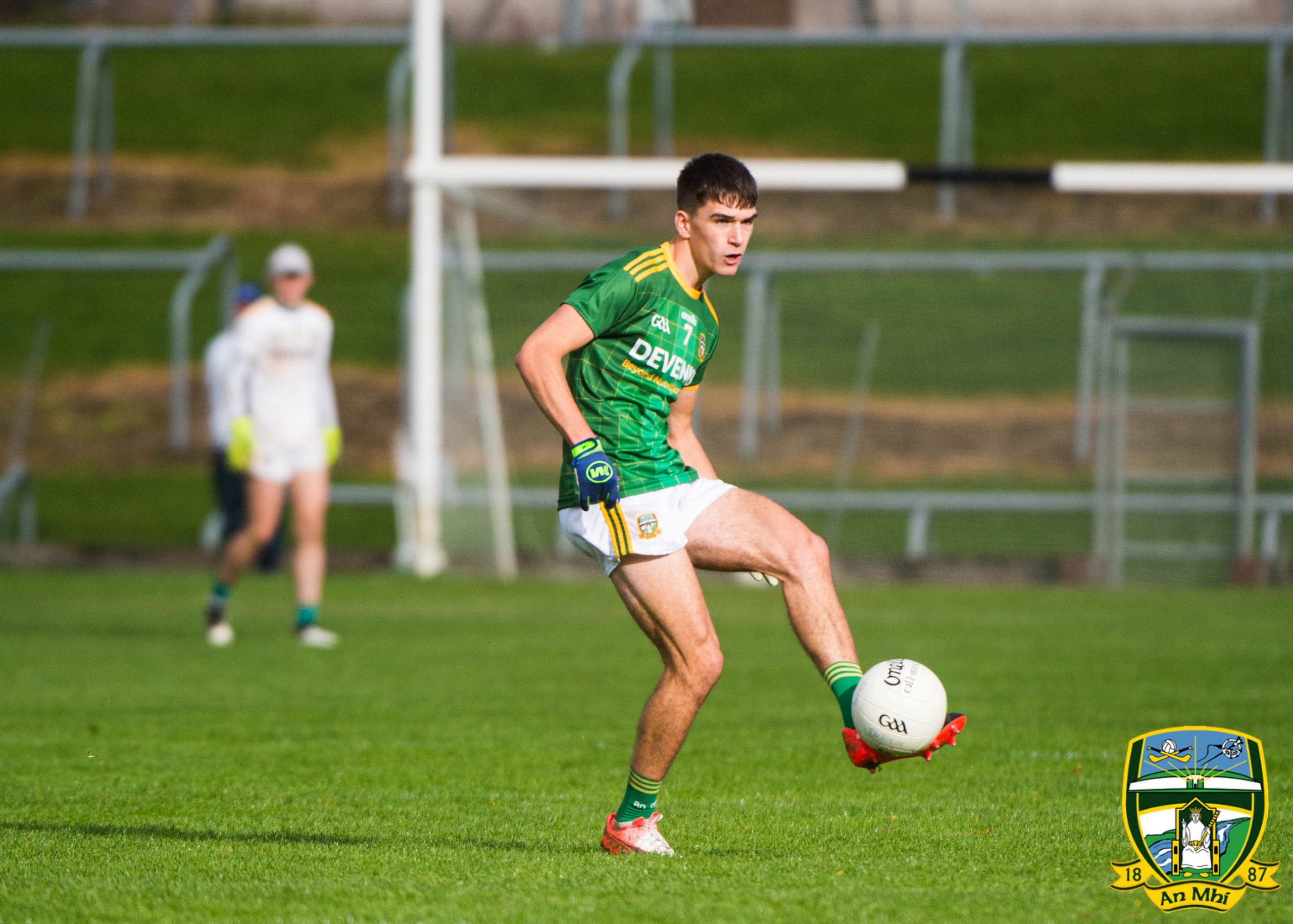 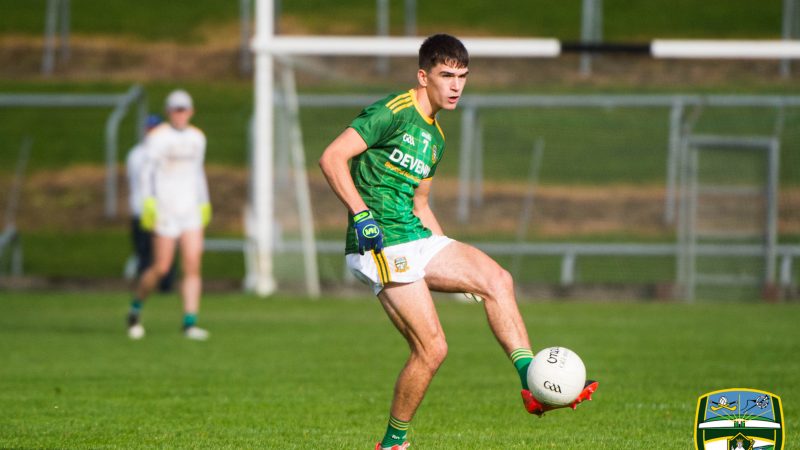 A superb second half showing in Navan on Saturday, one where they outscored their opponents 2-6 to 0-2, ensured Meath’s minor footballers advanced to the provincial semi final, writes Ruth Chambers.

John McCarthy’s charges looked the better team throughout but visitors Westmeath were in the melting pot up until the interval.

Thereafter though, Meath seemed to find a higher gear and having already accounted for Dublin in the opening round, they will now meet Laois in a last four clash next weekend.

The young Royals made one change to the team that lined out against the Dubs with Ballinabrackey’s Mark Coffey coming in for the injured Shane Maguire. However, it was Trim youngster Ciarán Caulfield who put in an absolute top notch performance before being substituted late on. His probing runs from the left wing back position set up many a score and the Westmeath rearguard were no match for him.

In the middle of the park, St Pat’s man Sean Emmanuel had a fine 60 minutes, while ‘keeper Billy Hogan from Longwood also had a fantastic afternoon. It was Meath’s patience on the ball when going forward that stood them in good stead for the duration. They took the simple options, worked the ball through and once they got themselves in a scoring position they took what was on offer.

Meath opened with points from  Dunshaughlin man Ruairí Kinsella and captain Eoghan Frayne. Soon after Kinsella saw his goal attempt go wide but Meath didn’t have to wait too long for the game’s opening goal.

It came with ten minutes on the clock when Caulfield and Aaron Murphy combined well before the latter, let fly and sent the ball passed Jamie Mulkearns in the Westmeath net. It left the scoreboard reading 0-2 to 0-0 but, to be fair, the visitors recovered very well.

By the 16th minute they had reduced the deficit to just two thanks to points from Senan Baker, son of Clare All Ireland winner Ollie, Mikey Moffat and Danny McCartan (free).

When Eoghan Frayne was impeded in the 18th minute, he converted the resulting free to leave Meath up by three and a cracking point from Dunshaughlin’s John McDonagh left the score at 105 to 0-4 with 25 minutes gone.

Before the break the visitors converted a free, courtesy of McCartan and only Aaron Murphy’s goal separated the sides at the interlude (1-5 to 0-5).

Whatever John McCarthy said to his team at half time, it certainly had the desired effect. They came out with all guns blazing and quickly widened the gap to four when Duleek-Bellewstown man Alan Bowden split the posts after a patient and composed build up from the young Royals.

A great pass from Mark Coffey set up John McDonagh for Meath’s seventh point of the afternoon in the 37th minute, while down the other end Westmeath captain sent over a free from 45 metres out to leave the score at 1-7 to 0-6.

Meath came very close to a second goal a minute later when a great surge forward saw Ruairí Kinsella’s shot saved by the ‘keeper. Alan Bowden then latched on to the loose ball but his shot was stopped on the line by substitute Mikey Lynam.

Eoghan Frayne sent over the resultant 45, while Kinsella also raised a white flag at the midway point of the half and Meath led 1-9 to 0-6.

Goalkeeper Billy Hogan tipped over Senan Baker’s rasping shot in the 47th minute and that turned out to be Westmeath’s final score of the game.

Meath certainly weren’t finished there though! John McDonagh hit the onion sack in the 50th minute, while Frayne and Caulfield tagged on points to leave the score 2-11 to 0-7 with four minutes remaining.

Before the long whistle there was time for a third Meath goal. It came from the boot of Kinsella after yet another class pass from Caulfield. Kinsella finished low to the net to give Meath a 13 point victory and a place in the semi final.

In O’Moore Park, Laois had a big win over Carlow and they will provide the opposition in Navan next Saturday at 12.30pm. 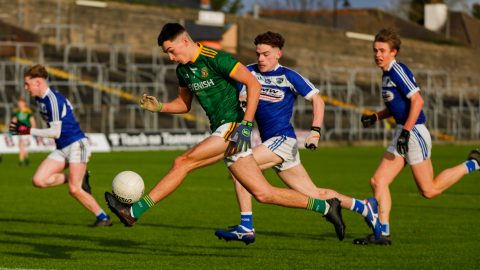 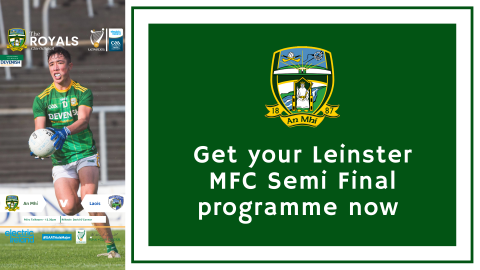 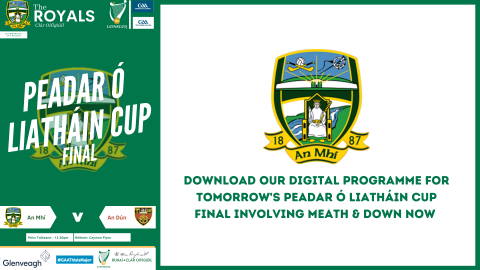 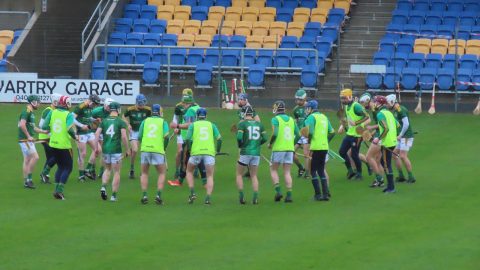 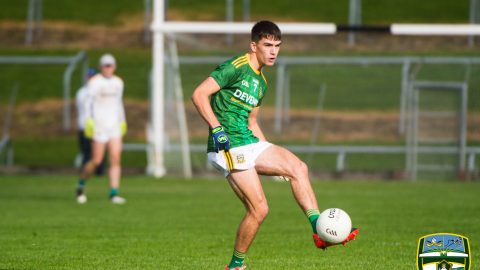 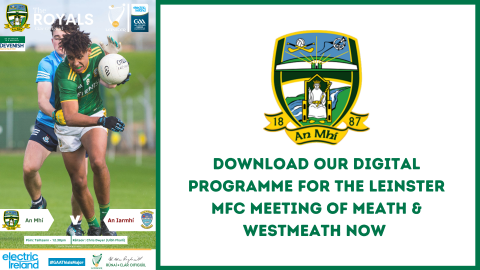