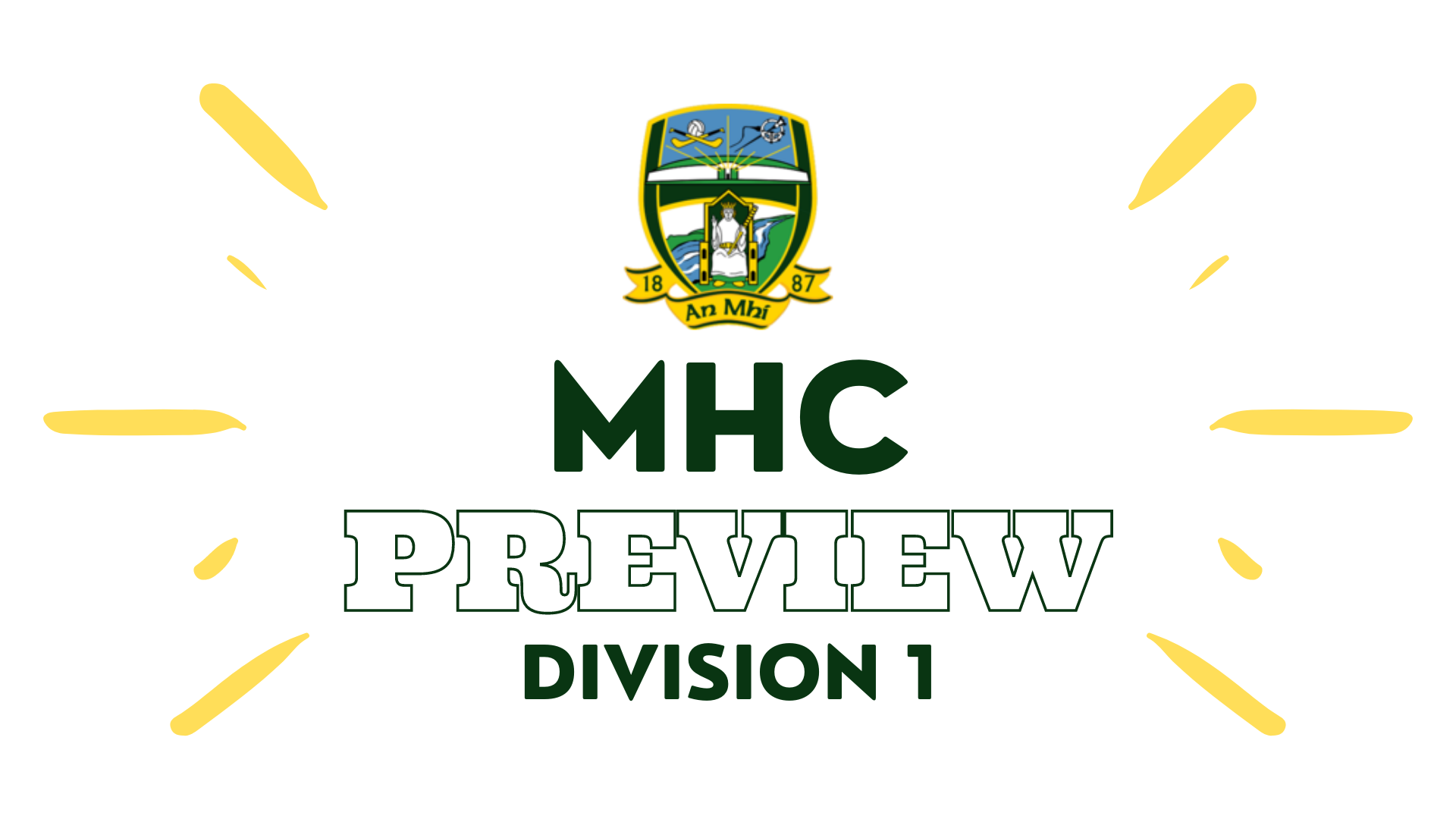 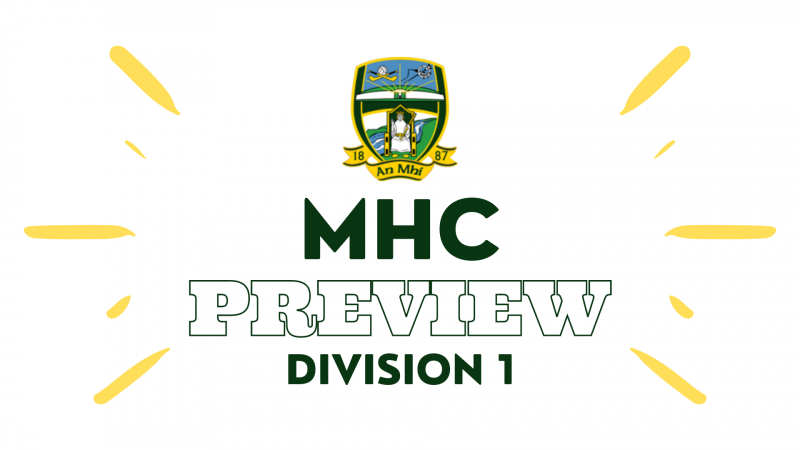 In the event of a game in Round 1 finishing level, the team who were drawn at home will play away to the side who had a BYE in Round 1.  Each team will have one home game and one away in the group stages of the competition.

Killyon/Longwood – They have found themselves in a very tough group, but Killyon/Longwood can never be written off and this side are capable of taking down any team in the Championship when they hit form.  Division 1 Shield winners in the U-16 League last year, they possess plenty of talented players but as is often the case with this Independent Team, it is about the collective rather than one or two exceptional talents driving the side on.  They have a BYE in Round 1 of the Championship but will not have a free weekend as they are playing Rathmolyon in the Minor Hurling League Division 1 Shield Final.  A win here and they would get the confidence boost required before taking on the loser of the opening round game between Ratoath and St. Peter’s Dunboyne.

Anybody who watched the Meath Minor hurling side in 2019 will have been drawn to the talent that is Justin Coyne and the Killyon youngster who captains the side, will have a big role to play if they are to qualify for the final.  A very accurate scorer, he can land points from every angle and compliments this with a ferocious workrate.  Dennis Darby and Quin Fisher will be others to whom Paddy Doyle will look to drive the team on.

Ratoath – Ratoath were many peoples idea of the Tony Donnelly Cup winners last year but came up just short and now they come into the Championship twelve months on as one of the fancied sides once more.  Sooner or later they will make the breakthrough at the Minor grade and there is no doubt that there is fantastic work being done in the club to promote hurling.  A new force could be emerging.  In recent times it has felt like Ratoath and Trim have been drawn against each other in the same group almost every time and Ratoath must be happy to have avoided their rivals this time around.  That though would be to underestimate St. Peter’s Dunboyne who appear to have a panel with plenty of strength in depth while Killyon/Longwood are generally there or thereabouts when the big day in Páirc Tailteann rolls around.

Now that their ambitions of landing the Delaney Cup in football have gone up in smoke, Ratoath are likely to concentrate fully on their efforts to lift the Tony Donnelly Cup and they appear to have all the raw materials necessary to do so.  The younger of the Lanigan brothers (Will), along with Eoin McInerney and & Kelly are formidable defenders while Sean Donnelly, Chris Haskins & Scott Cadwell are all forwards of rich potential.  They defeated Kildalkey by thirteen points in last years U-16 Final in what was one of the most complete performances witnessed in an underage final in Páirc Tailteann for many a year.  Disappointment in failing to qualify for the League Final a few weeks ago will have cut deep and if St. Peter’s Dunboyne can be overcome on Saturday then it could spark the first step on Ratoath’s march to Minor Championship glory. 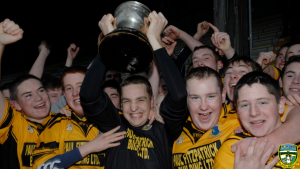 St. Peter’s Dunboyne – The whispers around Dunboyne suggest this could be their most talented Minor Hurling side in many years.  They last won the Tony Donnelly Cup in 2007 when managed by their now Senior Hurling manager Paul Reilly.  The come into the Championship with their League Final place already secured and the tantalising prospect of a famous double lies ahead of them.  Much will depend on how their opening round encounter against Ratoath plays out as a win here leaves them sitting pretty but a defeat would leave them facing a mountain to climb as there is virtually no room in this Championship for any slip ups.

Most of the St. Peter’s Dunboyne side played in the Division 2 Final last year and while Kiltale edged that encounter, they have come back better and stronger this year.  Sean Callanan who is also the Meath Minor Hurling manager, dons the Bainisteoir bib and he will be looking to the likes of Brian Donnelly, Joseph Egan, Peter Connolly & Simon O’Keefe to lead the charge while the scoring eye of Liam Callanan is also likely to be crucial and he has a keen eye for a goal as shown by his wonderfully opportunistic flick to the net in that Division 2 decider last year.

Kildalkey – Hopes are high around Kildalkey that they could have two sides in action on County Final day with their Senior team having gotten the Ted Murtagh Clothing & Footwear SHC campaign off to the best possible start when downing Kiltale and their Minors looking to back up their final appearance in the 2019 U-16 Hurling League. Opening round encounters in the MHC don’t come much tougher than welcoming Trim to your back yard and with the current Covid-19 related restrictions meaning no supporters can be in attendance for that game, Kildalkey will be minus the 16th man which can be so often worth a few points to them when playing in Fr. Plunkett Memorial Park.

How that impacts on events on the field of play is hard to predict but Trim will be happier travelling to Kildalkey knowing they will not be outnumbered by the home supporters whose passion for the game is remarkable.  Cian Colhoun & team captain Liam Carroll are two players to watch out for in defence while up front Patrick Barnwell & Noah Lacey O’Dea are two who can keep the scoreboard ticking over.

Rathmolyon  – Chairman of the Meath Hurling Committee, Martin O’Halloran will be delighted to see his club operating at the top table in this years championship and while they are expected to find the going tough there is little doubt that Rathmolyon are amongst the top six teams at this age grade in the county.  The side are now guided by Frankie Gunning who stepped in as manager during the summer and he is ably assisted by David Morgan and Simon Ennis.

‘The Village’ outfit sit out the opening weekend of action and they will be eagerly keeping an ear out for the result of the Kildalkey v Trim game, the losers of which will then travel to Rathmolyon a week later for what will be a must win game in Round 2.  With Kildalkey having been in that U-16 Division 1 Final last year and Trim going for a third championship win in succession, Rathmolyon know there is no pressure on their shoulders and all the expectation will be on the other sides in the group.  It is in the parish psyche that they love being the underdogs, and the suspicion lingers that there may be enough bite in them to take a scalp during the group stage of the competition which could leave them in with a chance of making the final.

Trim – Neil Cole once more dons the Bainisteoir bib and he will be looking to mastermind a third successive Minor Hurling Championship success for the club as the production line keeps ticking over in Trim.  The master of talking a side down in public, Cole has been downplaying their chances to all outside the club since the beginning of the year but on the evidence of results to date his young side could be every bit as good as those who pulled on the jersey for the last few years.

Unbeaten thus far this season having won all their games in the group stage of the League before taking down a fancied Ratoath outfit in the semi-final a few weeks back, they are already in one final and few would talk down their chances of qualifying for a second.  The difficulties of their football team in the LMFM MFC could play into the hands of the hurling side as they will not be chasing championship glory on two fronts and will be able to concentrate on glory with the small ball.  In reality their opening round game away to Kildalkey is likely to be key as the loser will be fighting an uphill battle and relying on results elsewhere if they are to qualify for the showpiece final.