It’s a Super Saturday in the LMFM Minor Football Championship with the final round of games down for decision in Divisions 1, 2, 3 and 4 while in Divisions 5 and 6 we have the penultimate round of games.  All games throw in at 14:30 with the exception of Division 4B which are at 17:00. It truly is one of those days where a GAA supporter in the county is spoiled for choice with games to attend and support the young stars in their club.

It’s a repeat of the Tournament Final on Saturday in Seneschalstown when the home team take on neighbouring Skryne knowing a win, or a draw will see them progress to the last four for the first time since 2018. Skryne have mixed the excellent with the poor in the Championship to date having suffered a heavy defeat to St. Colmcille’s in Round 1 before downing St. Patrick’s in impressive fashion the last day.

Seneschalstown will be quietly fancying themselves for a tilt at ultimate glory but any slip ups on Saturday could see them lose out on a place in the last four with Skryne knowing a win could see them make the penultimate round of the competition. With it all on the line for the Tara youngsters they could well manage a victory but Seneschalstown’s greater experience in Division 1 could see them over the line.

The tastiest of East Meath derbies awaits on Saturday afternoon in Piltown with St. Colmcille’s hotly fancied to seal their progression to the last four but knowing that St. Patrick’s possess all the necessary materials to spoil the party.

Ronan Murphy’s charges will be disappointed to have lost out on home turf to Seneschalstown in Round 2, but he will realise that a win here and that game is as good as forgotten about.  Having reached the League Final earlier in the season, expectations are that the ‘Cilles will give the Championship a good rattle, but they will need to find some more consistent form if that is to come to fruition.

St. Patrick’s were impressive in defeat to Seneschalstown but will have been disappointed with their performance against Skryne.  The rarefied air in Division 1 has left them little room for manoeuvre but they know a win against St. Colmcille’s would allow them end the season on a high and potentially secure an unlikely place in the semi-finals.

What a prospect we have in store on Saturday in Kells when the top two Minor teams from the northern end of the county meet in Páirc Colmcille in what could well turn out to be a winner takes all battle.

Oldcastle are winless to date but given the tight nature of their defeats, know a win here allied to a Donaghmore/Ashbourne win over Ratoath could well see them progress to the last four.  If only we had a Sky Sports Soccer Saturday style programme for days like Saturday.

Gaeil Colmcille turned in an accomplished display against Ratoath the last day with their defence only conceding four scores. A repeat of that mean display from the Kells sides defenders would leave them very well placed to secure a second win but Oldcastle will not be easily overcome.

The second local derby in Division 1B sees the Championship favourites Donaghmore/Ashbourne looking to book their semi-final place in style by remaining unbeaten but they also know a defeat here could see them being most unlucky and losing out on a place in the last four.

Ratoath know a repeat of their scoring performance from the Gaeil Colmcille game will not beat anybody in Division 1 and a much-improved performance in front of the goals is to be expected.

It is difficult to look past the League Champions though.

It could well be a case of checking social media for results elsewhere as the final whistle blows in Syddan as this is another Division which could come down to score difference.

Killary Emmets could well rue slipping up in Round 2 to St. Peter’s Dunboyne but on the other hand, only losing out by five points could prove to be a lifeline if they can defeat Walterstown as score difference would likely come into play in that scenario. Indeed, if they defeat the team in black and North Meath Gaels defeat St. Peter’s Dunboyne, then that would leave Killary topping the group by The Pundits estimation.

Walterstown have blazed a trail in the Championship to date but will be all too aware that nothing will come easy in Syddan. A win here and they will top the group, but it is far from guaranteed.  They might just have enough though to secure the win.

North Meath Gaels were superb in defeat to Walterstown a week and a half ago and one wonders what they could have done in this competition had they fielded on the opening week.  That has left them facing an uphill struggle in the competition and while The Pundit doesn’t think a win in Dunboyne could see them make the last four, they are more than capable of knocking St. Peter’s out.

St. Peter’s Dunboyne showed plenty of character when travelling to Castletown the last day and defeating Killary Emmets, never an easy ask, and having reached the League Final in August will be looking to book their place in the last four with a win over the combination outfit from down near the Cavan and Monaghan borders.

Moynalty/Carnaross have found the going tough in Division 2 of the LMFM MFC and their task does not get any easier on Saturday when they welcome high flying Trim to Carnaross.  Reports suggest that the combination outfit have been shorn of some key players during the competition which has hampered their ambitions.

Trim looked like the likely Division 2 League winners for long spells but fell short at the semi-final stage. Now they look like a side on a mission to make up for this slip up in the Championship.

Navan O’Mahonys have dropped down to Division 2 for the Championship and after opening with a brilliant win over Moynalty/Carnaross, slipped up the last day against Trim.

Slane have progressed through the ranks this year and their juvenile section appears to be lying with The Pundit noting during the week that they landed a U-15 League title in recent times in addition to the LMFM MFL Division 3 title.

Can their magical season continue?  They will give it a hell of a rattle but may just come up short against the side with Division 1 experience.

Rathkenny have blazed a trail in Division 3B of LMFM MFC to date and look set to continue in that fashion on Saturday when they welcome Duleek-Bellewstown to Rathkenny.

But Duleek-Bellewstown know a win could see them sneak a semi-final place.

Round Towers may have slipped up against Rathkenny in Round 2 but know a win over Na Fianna will see them bounce back by securing a place in the knockout stage.

Bective/Dunsany know a win and a win by a big margin is required if they are to progress to the semi-finals.  That won’t be easy against an unbeaten Clann na nGael outfit.

Blackhall Gaels have received a walkover from Ballivor.

Can St. Ultan’s/Cortown Gaels continue their unbeaten run against St. Colmcille’s?  The Pundit went against them the last day but was wrong. They are being tipped to win this time around.

It is very rare to see these two clubs in Division 4 but depending on how results go on Saturday, it’s possible neither will make the semi-finals. Simonstown can sneak the result and will anxiously await the other result to see whether they make the final four.

Oldcastle have conceded a walkover to St. Michael’s/Nobber

This game is postponed due to a bereavement in the Ballinlough club.

The sole surviving game in Division 5 sees the fourth and fifth placed teams meet. Home advantage might swing it for the Tones.

There are few venues as hard to get a result in than Ballinabrackey. That trend could continue on Saturday with the home side tipped to win.

Ratoath are awarded the points with St. Peter’s Dunboyne not fielding. 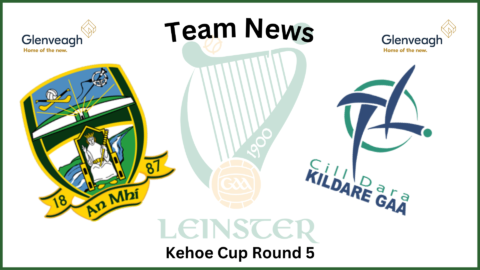 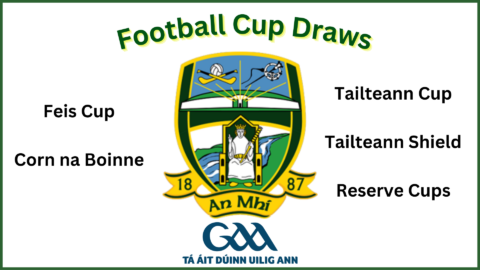 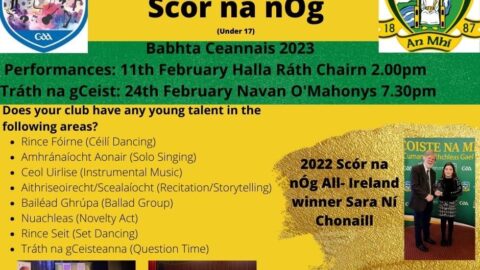 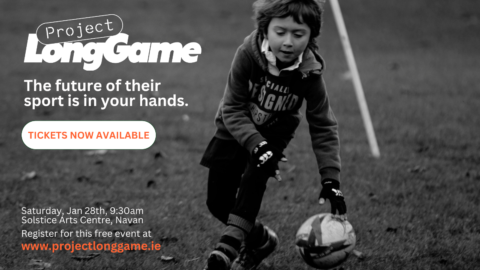 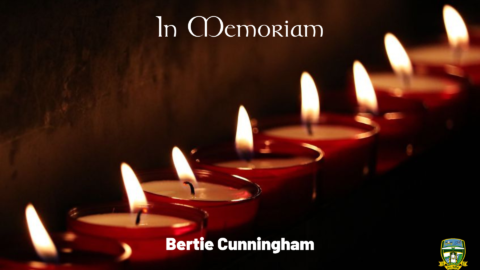 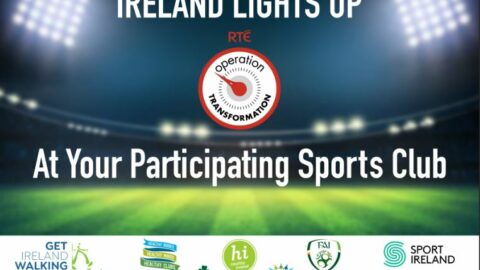