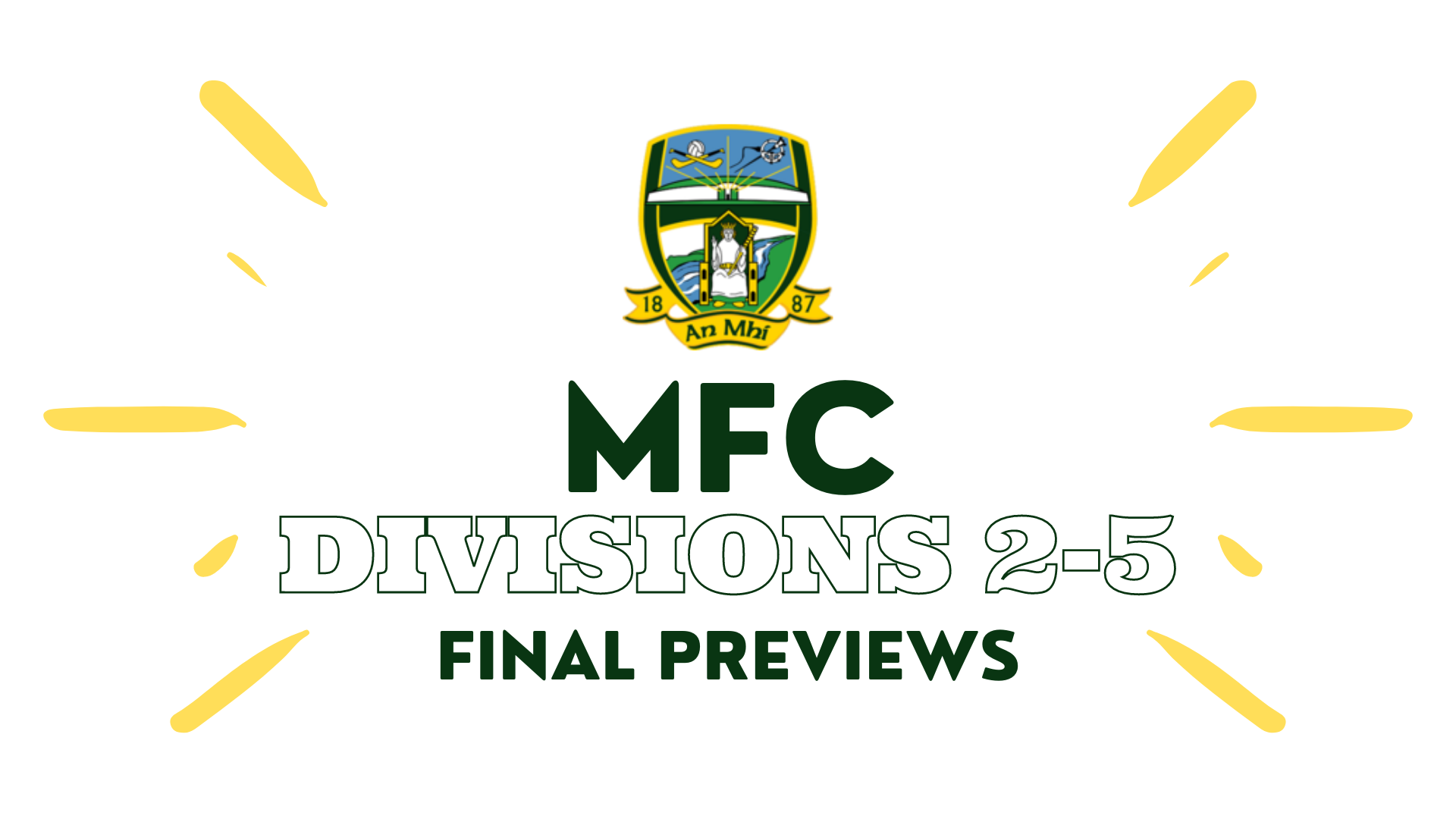 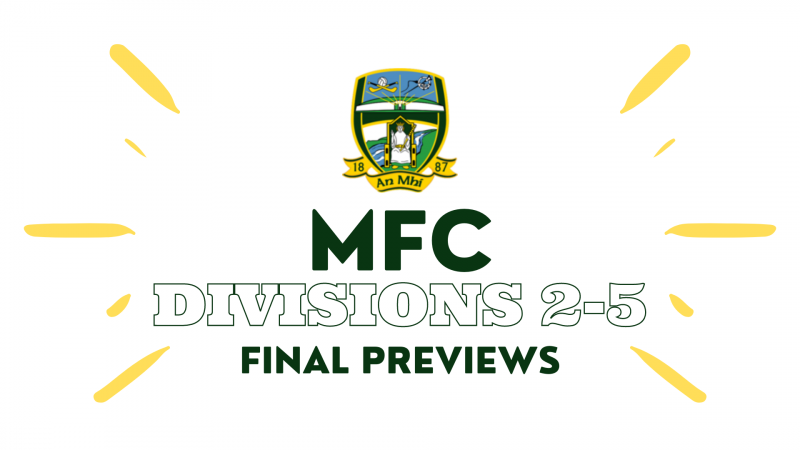 Walterstown won the Division 2 Shield decider on Thursday evening but there are no fewer than seven more finals down for decision between Divisions 2-5 this weekend along with the final round games in Division 6.

Path to the semi-final: Navan O’Mahonys

Path to the semi-final: Donaghmore/Ashbourne

The Liam Tolan Cup is the prize at stake on Friday evening as Donaghmore/Ashbourne and Navan O’Mahonys go toe to toe in the LMFM MFC Division 2 Final which is appropriately being played in Skryne, the venue where Liam developed his skills before his sudden and untimely passing.  Few would have considered Donaghmore/Ashbourne as contenders for glory at the start of the competition after an underwhelming League campaign and that suspicion would not have been allayed when Killary Emmets downed them on the opening evening. However, since then the turnaround in their fortunes has been remarkable as they got their first win of the year when defeating Seneschalstown in Round 2 before defeating Trim in the final round to book a semi-final appearance.  That saw them take on Kilbride in a local derby and while Kilbride were hot favourites, Goliath came out on top as Cathal Cullen’s side came away with a well-deserved victory.

When the competition began, O’Mahonys stood out as potential contenders for the title, having dropped down from Division 1 where they played in the Spring League.  There was a time at U-16 level in 2019 when the team was struggling for numbers, but those days seem to be a distant memory with no fewer than 29 players set to tog out for the final in Skryne.  Like Donaghmore/Ashbourne, they suffered an opening day reversal but have bounced back in brilliant fashion to qualify for the final.  The semi-final against Killary Emmets went down to the wire but despite nerves fraying among those watching their livestream, the team was resolute and ground out a one point victory.

Path to the final: Ballinabrackey

Path to the final: Wolfe Tones

A repeat of the 2019 decider is in store on Saturday afternoon as Ballinabrackey and Wolfe Tones lock horns in Dunganny.  Last year it was Wolfe Tones who came away with the Noel Curran Cup and they come into this year’s decider in confident form after a breath-taking display of football in their semi-final when Drumconrath/Meath Hill were dispatched by eighteen points.  Sixteen goals scored across their four games to date marks the Wolfe Tones attack as being one of the most dangerous around and they average a shade over twenty five points per game throughout the Championship.  Their panel might not be the largest but each of the nineteen players are well capable of proving to be the match winner their club will require on Saturday if they are to claim the Noel Curran Cup once more.

Ballinabrackey haven’t been as free scoring as their opponents but only marginally as their scoring average is only 2.5 points per game lower than the ‘Tones and this is after having a game less to play after receiving a walkover from St. Ultan’s/Cortown Gaels in Round 3.  Jack McLoughlin is their chief marksman and it was his accuracy which proved crucial in their epic semi-final against St. Marys when he landed eleven of their nineteen points.  Indeed, he kicked the last four points in normal time to bring the match to extra-time which shows the character this group of players have in abundance.

When these sides met on the opening evening of the Championship, it was the ‘Cilles who came out narrowly on top by 4-12 to 3-10 and St. Michael’s/Nobber will not need to have found a huge amount of improvement if they are to turn the tables on the seasiders when they renew acquaintances on Saturday morning.  Cian McFadden and JoJo Ogunbe will be key players for them, and both of these will need huge performances if St. Michael’s/Nobber are to leave Dunganny victorious.

It could be the opening leg of a historic treble for St. Colmcilles as they have a Premier Championship final later on Saturday before the Delaney Cup decider on Sunday afternoon.  Josh McLoughlin captains them from have back and along with Cillian Quigley, he will be a key operator and could well be the person who picks up the Shield at the end of the hour.

Path to the semi-final – Ballinlough

Path to the semi-final – Rathkenny/Slane

If the group stage game between these teams is anything to go by, the final on Saturday looks set to be a gripping encounter.  On that occasion it was Ballinlough who with the benefit of playing at home came away with a one point win after a titanic tussle with the Rathkenny/Slane combination outfit.  On neutral turf, the Andrew McCann side will be confident of turning the tables and there is no shortage of talented players at his disposal with the likes of Noah Jenkinson, Alex Devin and Eoghan Heavey all potential match winners. 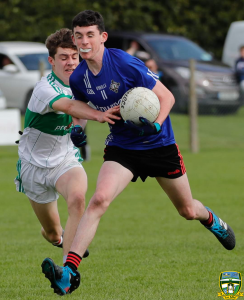 Ballinlough are going for a second LMFM MFC Division 4 title in a row having dispatched St. Colmcilles in last years decider and it would be a remarkable achievement for the club if they were to achieve it.  Many of their side were on the U-15 team last year which accounted for Rathkenny in a brilliant final played in Drumconrath and this experience of winning deciders could well prove to be crucial.  If Oisín McDermott and Eoin Briody can get a stranglehold on midfield then one suspects the club can get the red and white ribbons ready once more.

The first of two finals for Ratoath on Saturday sees them take on a Kilmainhamwood side who were unfortunate not to qualify for the semi-finals proper in the Championship.  It says a lot about the strength in depth in Ratoath that they are contesting two minor finals and they have no fewer than twenty nine players listed on the panel for this match.  This is in contrast with rural Kilmainhamwood who have sixteen players to call from and it is the extra numbers on the bench which will give Ratoath fresh legs in the closing stages which could prove crucial.

Path to the semi-final – Dunderry

Path to the semi-final: Round Towers

Shall the Christy Reynolds Cup be heading for Drumbaragh/Kilmainham or will it be taking the slightly shorter road to Dunderry following this LMFM Division 5 Final?  Like the Division 2 decider, this game sees two teams meet in the final who both lost their opening round encounter with both having bounced back in fine fashion and both after winning away games in the semi-finals.

How both teams defences handle the high scoring forward lines the opposition possess will prove crucial and this match could potentially turn into a shootout which would prove most entertaining for the hundred spectators allowed attend as per the Govt. guidelines.

When these sides met previously in the competition it was Inny Gaels who came away with a double scores victory.  Moynalty/Carnaross have improved significantly from that outing but whether they are able to reel in a thirteen point margin is going to be difficult.

Neither of these sides can make the final with results in previous rounds having gone against them but there is still much to play for with the Shield still to come.  Home advantage might swing it for the ‘Moors.

Ballivor have been steadily impressive in the Championship to date and have booked their place in the final against Clann na nGael while Clonard have been performing much better than their results suggest.  That said, confidence is high in Ballivor and they can pick up a third win. 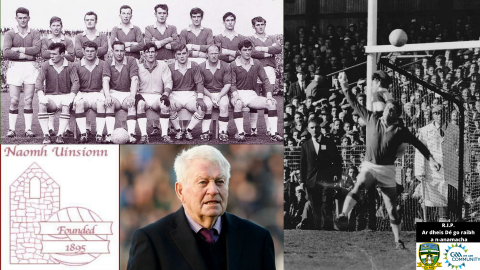 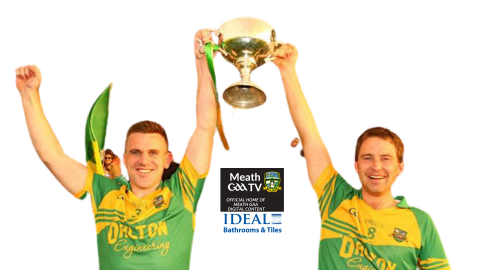 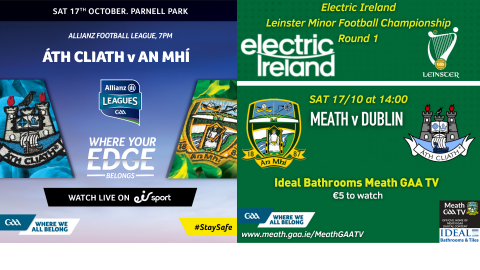 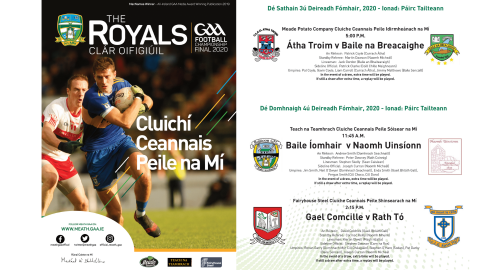 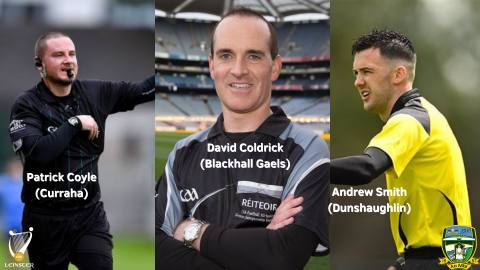 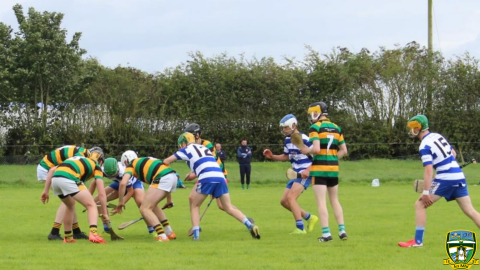