Football in Meath has had many glorious days, some of which have yielded no silverware, but have demonstrated the passion with which Meath players approach the game. The determination and work ethic that Meath players traditionally display has resulted in the county earning many honours.

Meath’s first appearance in an All-Ireland SFC Final was on 15th March , 1896 when they played Tipperary in the previous year’s decider. The Royal County was represented by the Pierce O’Mahony’s club from Navan and their opponents were Tipperary Club Champions, Annavale Rovers, who won by 0-4 to 0-3 in controversial circumstances.

Over four decades passed before Meath reached their second All-Ireland Final in 1939, and on this occasion the opposition was provided by a mighty Kerry team, powered by the likes of Dan O’Keeffe, Dan Spring, Mick Keohane and Sean Brosnan. Meath were on the losing end again.

One of the great days in Meath GAA history – arguably the greatest – came in September 1949 when the men in green and gold brought the Sam Maguire Cup to the county for the first time. They led Cavan by 0-7 to 0-3 at half-time and ran out winners by 1-10 to 1-6.

Meath were beaten by Mayo when they lost by 0-9 to 2-8, but one of the problems which the Royal County faced that day was that vaccinations for the trip to the USA for the NFL Final had taken their toll. This was Mayo’s second successive All-Ireland Title.

Eight members of the 1949 team represented Meath when they won their second All-Ireland Title in 1954 by defeating Kerry in the final. They were Michael and Paddy O’Brien, KEvin McConnell, Paddy Connell, Brian Smyth, Mattie McDonnell, Paddy Meegan and 36 year-old Peter McDermott.

Meath’s display in the 1966 Final against Galway was very poor and they lost by 1-10 to 0-7. Galway were quite brilliant and never allowed Meath to settle. The losers didn’t score from play in the first half and were trailing 1-6 to 0-1 at the break.

Pat “Red” Collier promised after the 1966 final defeat by Galway that the Royal County would be back in the decider the following year and he was right. The Royal County started badly and went in at half-time with only a single point on the board to Cork’s 0-4. Meath had suffered many heartbreaking defeats in the previous years and came out for the second half determined to win, which they did in the end by 1-9 to 0-9.

While Cork started well in this final, Mick Lyons blocked a sure goal in the first quarter and Colm O’Rourke scored at the other end 7 minutes later to leave Meath leading 1-6 to 0-8 at half-time and taking the honours 1-14 to 0-11 at the full-time whistle.

Meath and Cork were to meet again in 1988, twice. The first game finished level Meath 0-12 Cork 1-9. Brian Stafford scoring the equalising point from a free awarded to David Beggy 30 seconds from the end. The Replay was a tough game and Meath were down to 14 men after 6 minutes when Gerry McEntee was sent off. They only trailed by a point 0-6 to 0-5 at half-time. the final score was 0-13 to 0-12 in favour of Meath.

Meath and Cork met for the third time in four years in the 1990 final and finally managed to put one over on the Royal County. This time Cork lost a player early in the match and although Meath battled hard the victory went to Cork.

The Final in 1991 was overshadowed to some extent by the campaign through Leinster as Meath and Dublin played 4 games before Meath finally won, and then Wicklow also took Meath to a replay. Roscommon only lost the Semi-Final by a point 0-15 to 1-11. The final was played against Down and was another hard-fought contest which Meath lost on a score-line of 1-16 to 1-14.

Meath met Mayo in the Final in 1996 and the first game ended in a draw 1-9 to 0-12. Meath made one change for the replay, starting Colm Brady instead of Evan Kelly. The replay was a tense affair with both teams losing men – Meath took the honours on a scoreline of 2-9 to 1-11.

Meath faced their old foes Cork in this final and an Ollie Murphy goal separated the sides at half-time 1-5 to 0-5. Cork started the second half well but Meath lasted the pace better and ran out winners on a final score-line of 1-11 to 1-8.

Meath had demolished Kerry in the Semi-Final (2-14 to 0-5) and then they faced Galway in the final. The 1998 winners were unfazed by Meath’s huge win and beat the Royal County comfortably 0-17 to 0-8.

Meath GAA @MeathGAA
Thursday, April 9th, 2020 at 8:57am
What happened next in the Eirgrid U-20 Football Championship game against Kildare back in 2018? Was there a flag raised by the umpire? #MeathGAA https://t.co/dC8C5d3mYB
View on Twitter
1
2

Meath GAA @MeathGAA
Thursday, April 9th, 2020 at 6:23am
One of today's questions over on our Instagram quiz. How good is your memory? #MeathGAA https://t.co/CN0C6Fkt2d
View on Twitter 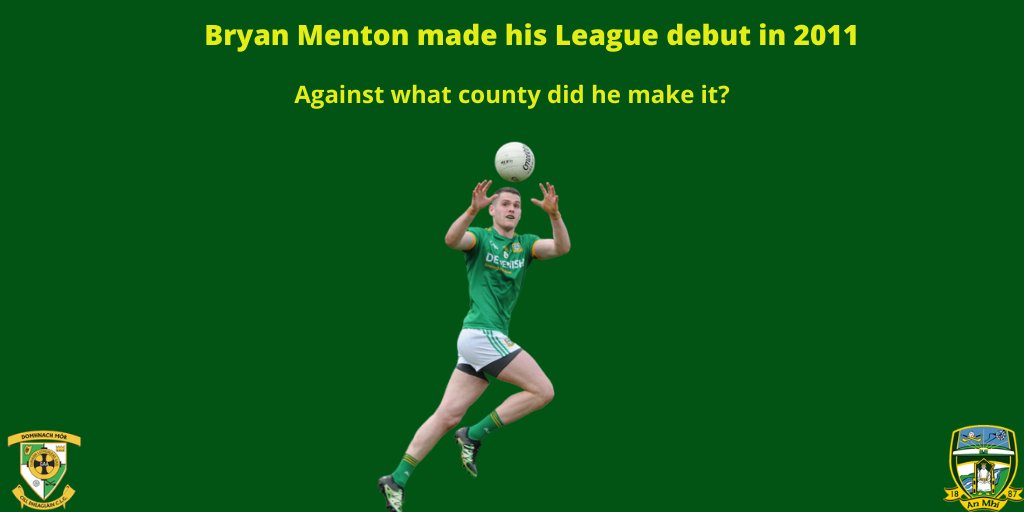 Meath GAA @MeathGAA
Wednesday, April 8th, 2020 at 2:39pm
The answers to today’s Lockdown quiz over on our Instagram page are ... #MeathGAA Well done to everyone who got all 5 questions correct. #MeathGAA https://t.co/sKrlyglDTj https://t.co/4AQVzgF9bR
View on Twitter 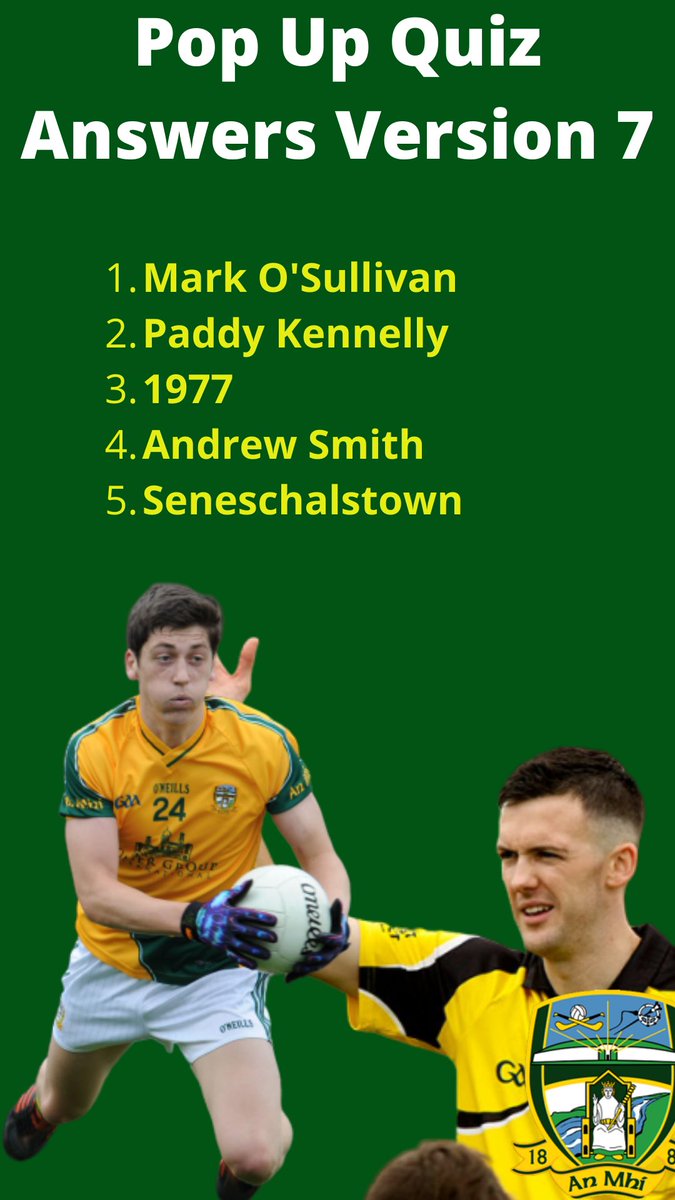 Meath GAA @MeathGAA
One of today's questions on our Instagram Lockdown Quiz. Who knows the year @SummerhillGFC lifted the Keegan Cup after beating @SeneschalstownG in a replay? #MeathGAA https://t.co/XX4Y8eLdu4
0
1

Meath GAA @MeathGAA
Wednesday, April 8th, 2020 at 10:13am
Nobody over on our Instagram quiz has so far figured out who was flying without wings. Can you spot who it is? #MeathGAA https://t.co/sKrlyglDTj https://t.co/mHKbG8E1IZ
View on Twitter 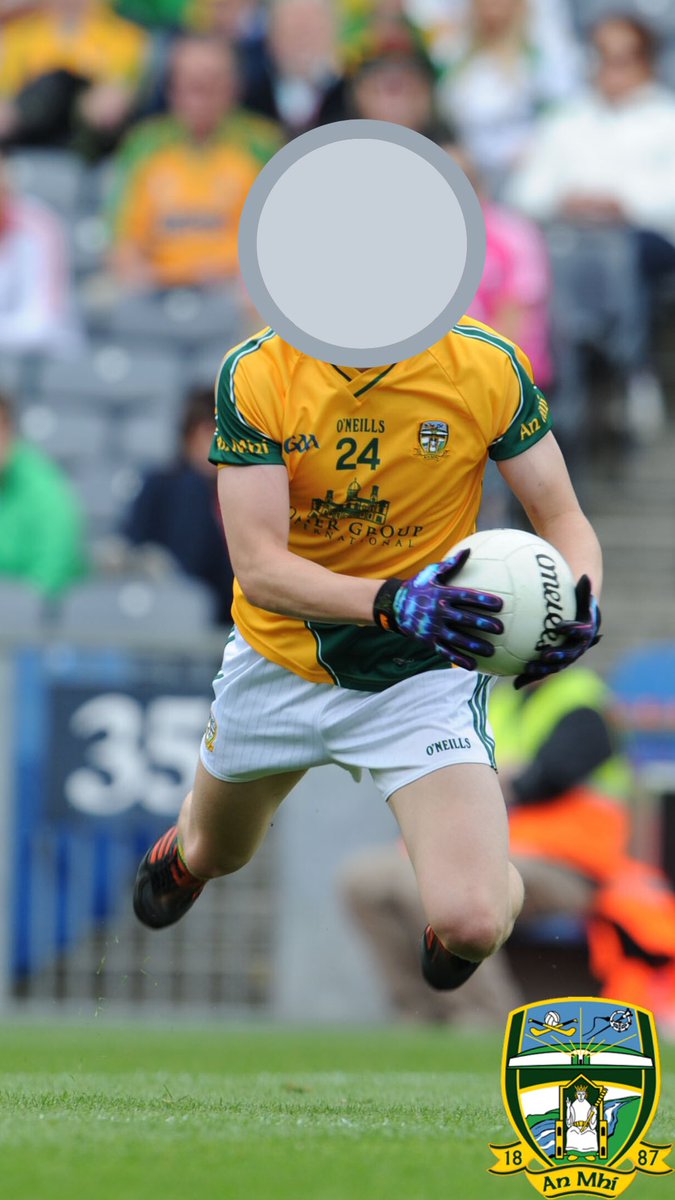 Meath GAA @MeathGAA
One of today's questions on our Instagram Lockdown Quiz. Who knows the year @SummerhillGFC lifted the Keegan Cup after beating @SeneschalstownG in a replay? #MeathGAA https://t.co/XX4Y8eLdu4
1
0

Meath GAA @MeathGAA
Wednesday, April 8th, 2020 at 6:24am
One of today's questions on our Instagram Lockdown Quiz. Who knows the year @SummerhillGFC lifted the Keegan Cup after beating @SeneschalstownG in a replay? #MeathGAA https://t.co/XX4Y8eLdu4
View on Twitter 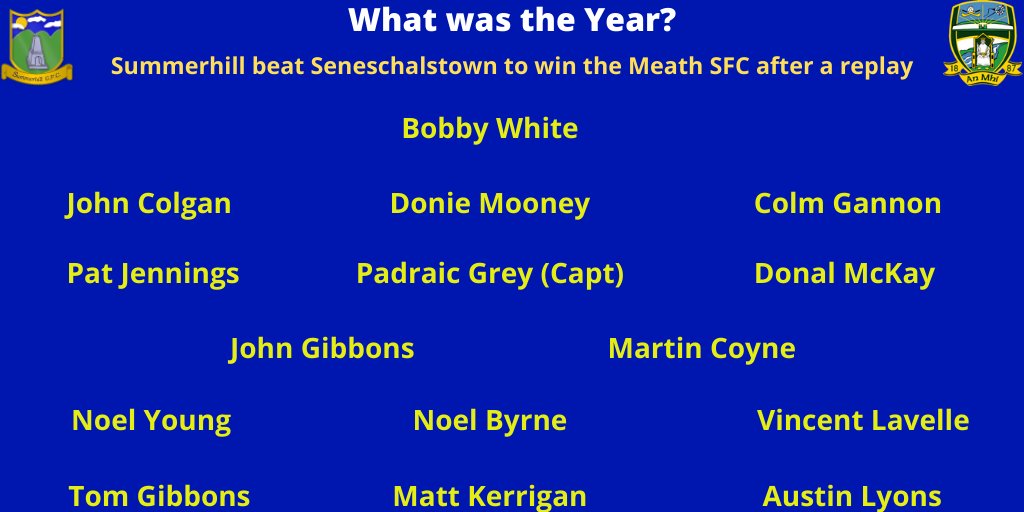